By Richard Cowan and Moira Warburton WASHINGTON (Reuters) -A U.S. congressional committee began a hastily called hearing into the Jan. 6, 2021, assault on the U.S. Capitol by then- President Donald Trump’s supporters, summoning a former White House aide to testify and promising new evidence. The House of Representatives committee, investigating the first attempt to […]

(Reuters) – San Francisco Federal Reserve Bank President Mary Daly on Tuesday said she believes the U.S. economy will slow to below 2% annual growth as the Fed raises interest rates, but there’s enough momentum that it won’t stop growing. “I do expect the unemployment rate to rise slightly, but nothing (like)…. what people would […] 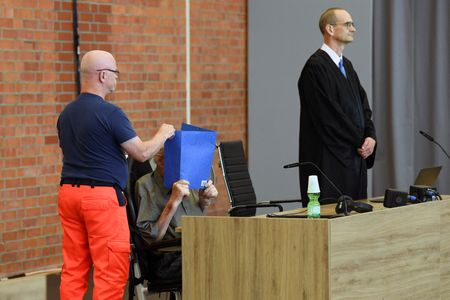 NEURUPPIN, Germany (Reuters) – A German court sentenced a former SS guard, now 101 years old, to five years in prison on Tuesday for assisting in the murder of some 3,500 people at the Sachsenhausen concentration camp, bringing to an end one of the last Nazi trials in Germany. Prosecutors had said that Josef S., […]